Tools for a Good Mood

Discover the city and get to know new people by taking part in one or more of the activities from the free GoodMood programme for students. Are you interested in more tools for a good mood? On this page you can find plenty of tools and inspiration. And if you ever find yourself in a bad mood, there is also support to be found if you need it.

TOOLS TO SUPPORT YOUR GOOD MOOD

Do you want to be inspired to look at your life from a positive point of view? We have collected some fun and useful videos, podcasts and TED talks for you to help you with this! Enjoy watching and listening! 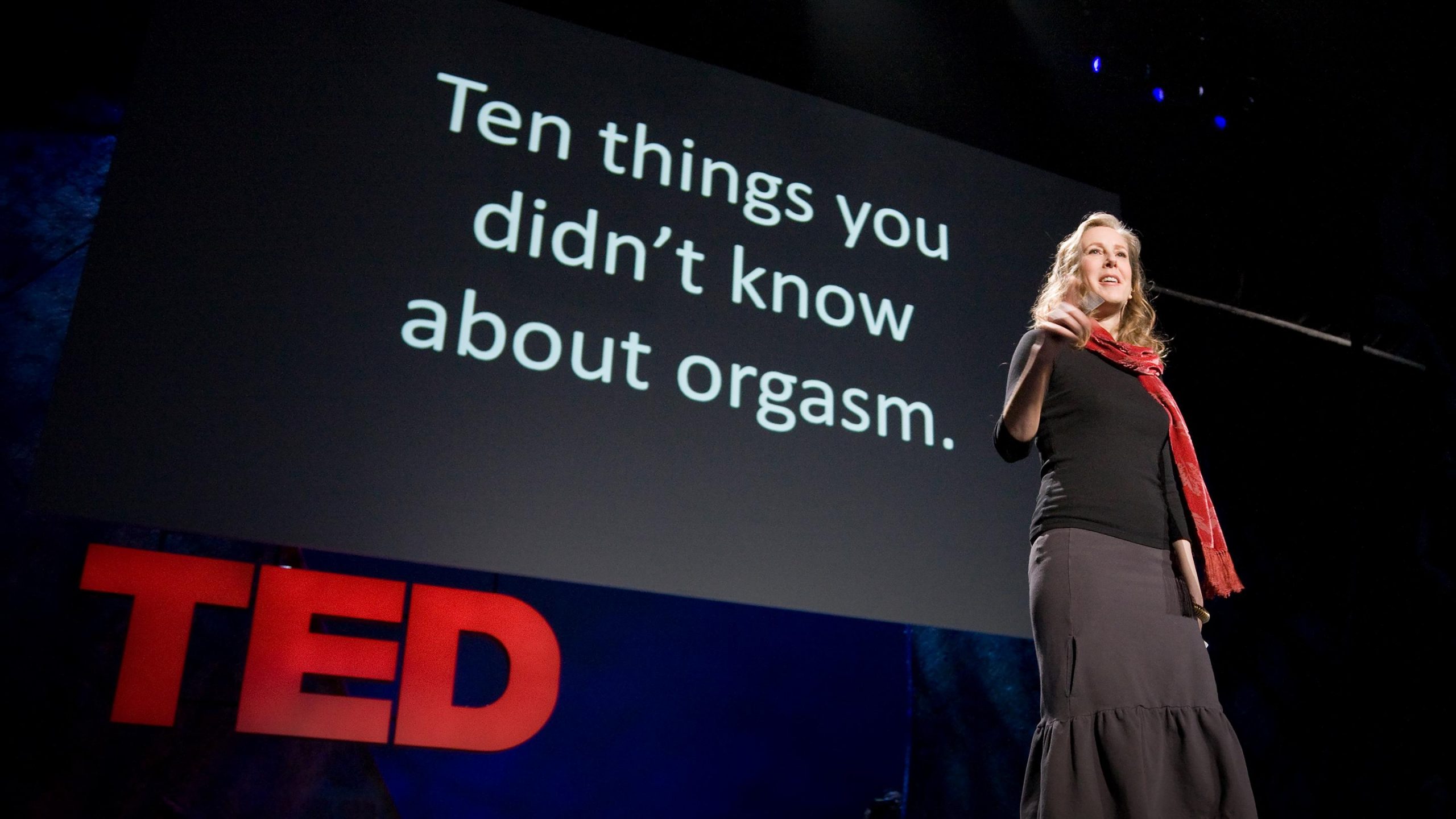 ‘10 things you didn’t know about orgasms’

“Bonk” author Mary Roach delves into obscure scientific research, some of it centuries old, to make 10 surprising claims about sexual climax, ranging from the bizarre to the hilarious. 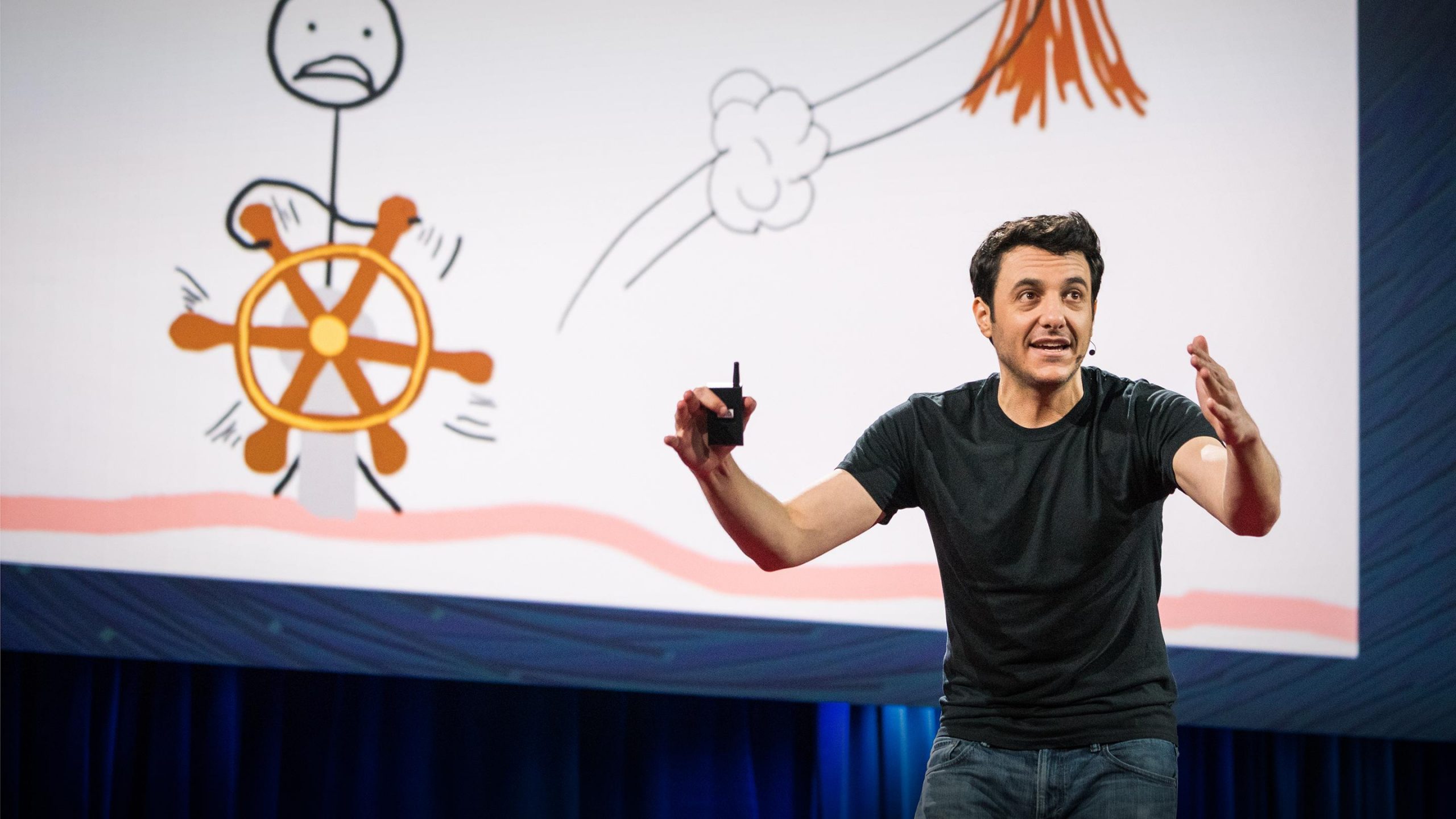 ‘Inside the mind of a master procrastinator’

Tim Urban knows that procrastination doesn’t make sense, but he’s never been able to shake his habit of waiting until the last minute to get things done. In this hilarious and insightful talk, Urban takes us on a journey through YouTube binges, Wikipedia rabbit holes and bouts of staring out the window and encourages us to think harder about what we’re really procrastinating on, before we run out of time. 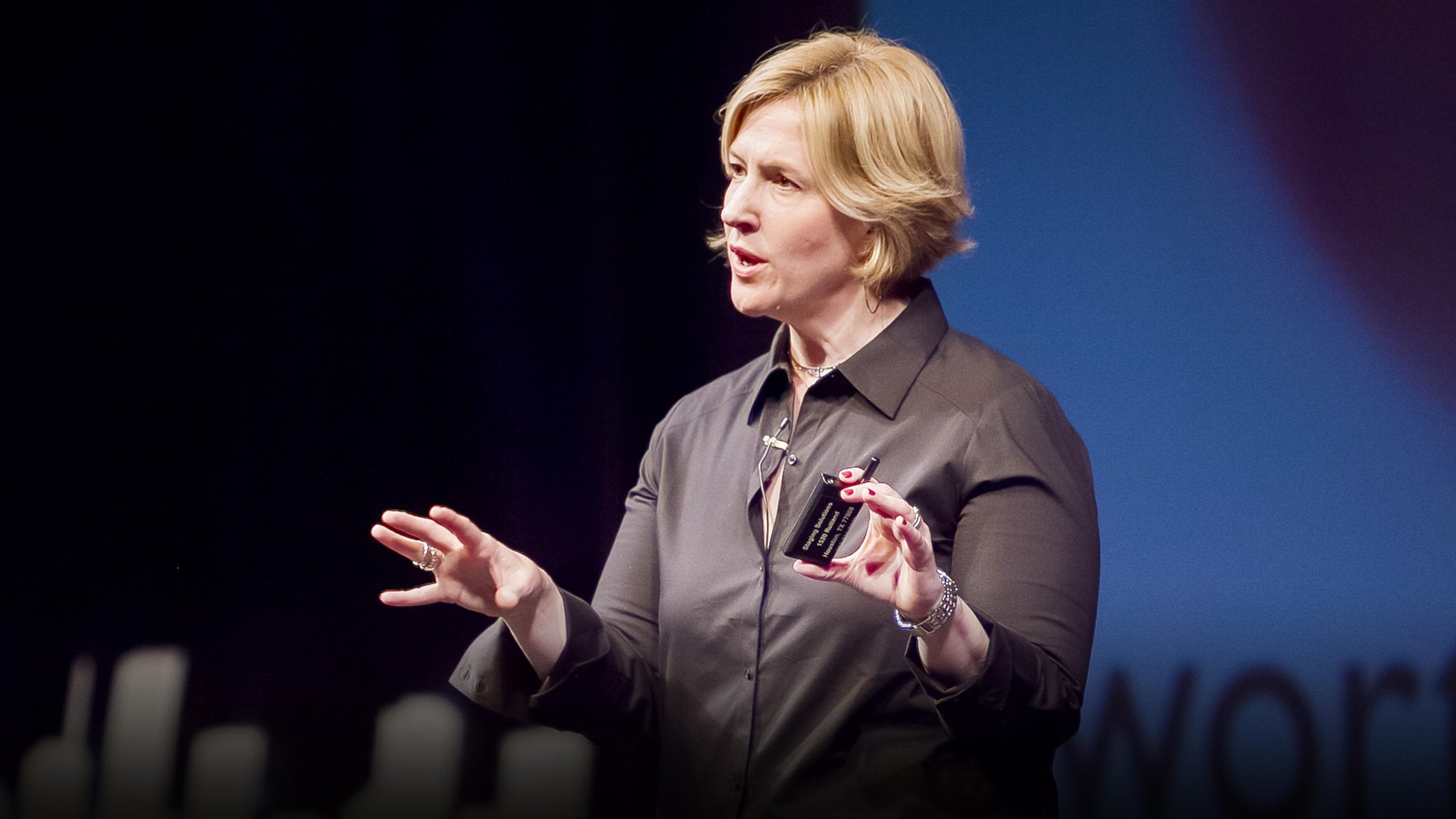 ‘The power of vulnerability’

Brené Brown studies human connection — our ability to empathize, belong, love. In a poignant, funny talk at TEDxHouston, she shares a deep insight from her research, one that sent her on a personal quest to know herself as well as to understand humanity. A talk to share. 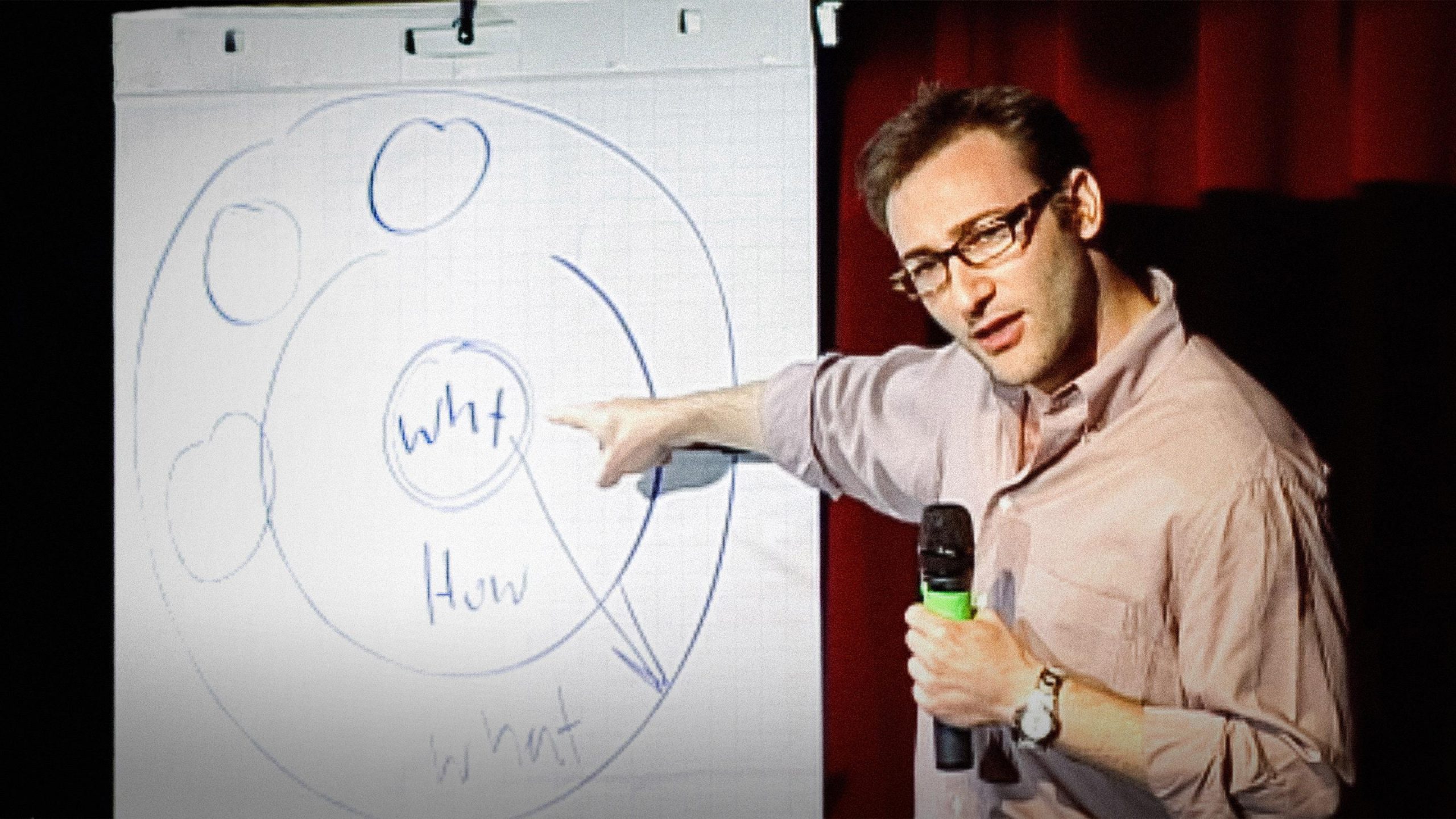 Simon Sinek presents a simple but powerful model for how leaders inspire action, starting with a golden circle and the question “Why?” His examples include Apple, Martin Luther King, and the Wright brothers — and as a counterpoint Tivo, which (until a recent court victory that tripled its stock price) appeared to be struggling. 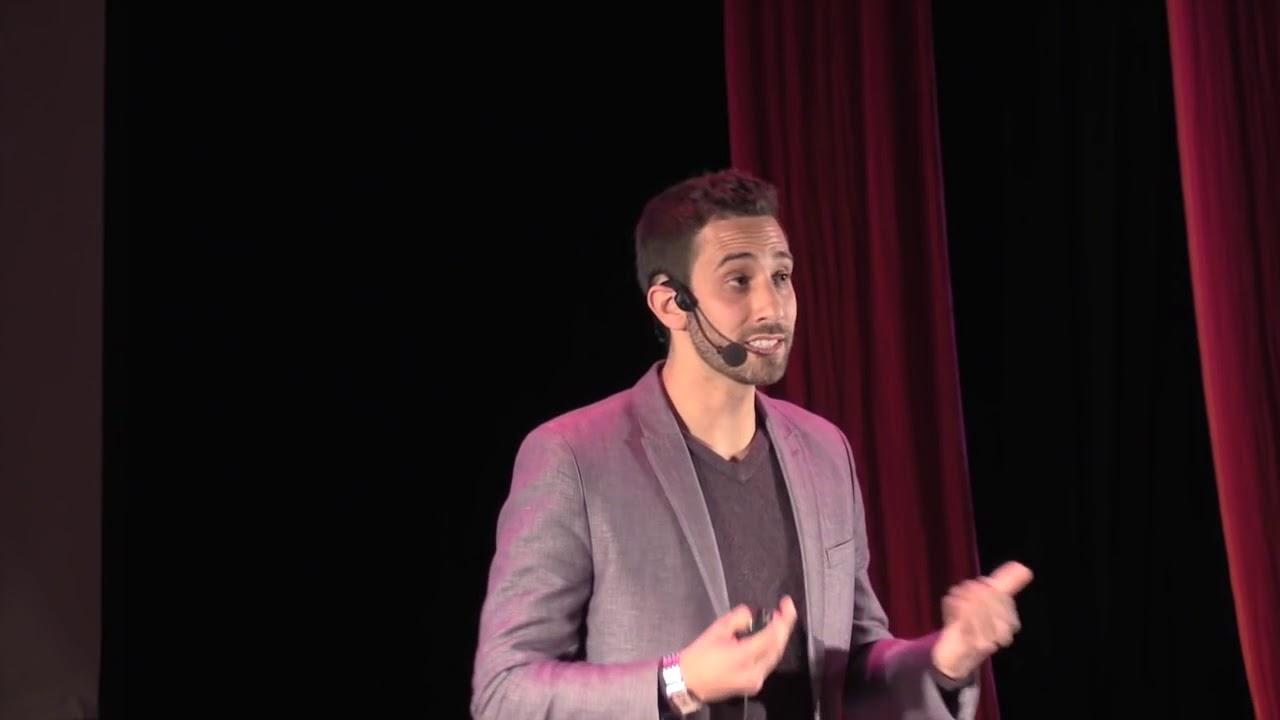 ‘The secret of improving mental health’ 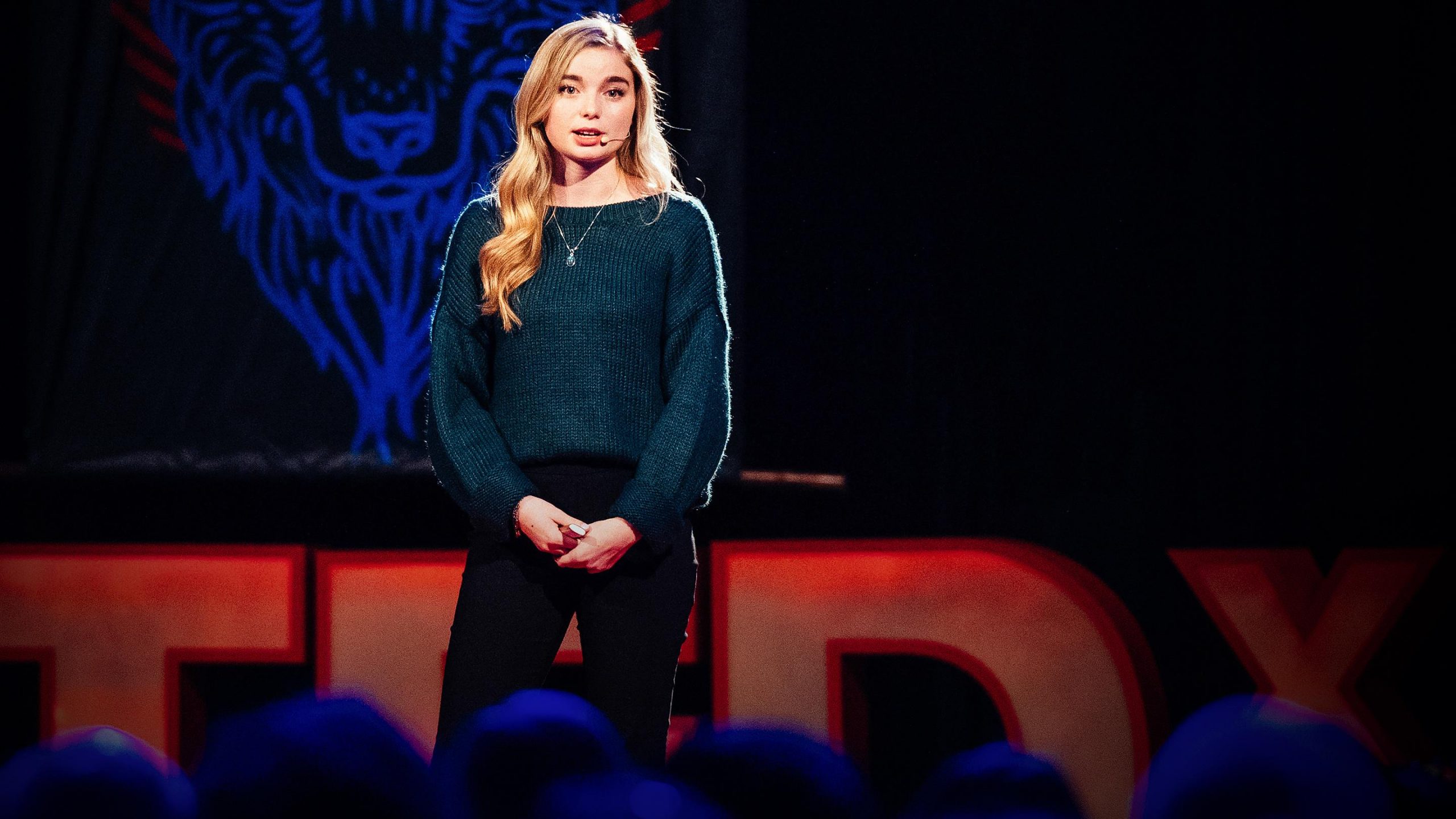 ‘Why students should have mental health days’

School can be rife with stress, anxiety, panic attacks and even burnout — but there’s often no formal policy for students who need to prioritize their well-being. Hailey Hardcastle explains why schools should offer mental health days and allow students time to practice emotional hygiene without stigma. Follow along to learn how she and a team of fellow teens transformed their advocacy into law.

Death, Sex & Money is a podcast about the big questions and hard choices that are often left out of polite conversation. Host Anna Sale talks to celebrities you’ve heard of—and to regular people you haven’t—about the Big Stuff: relationships, money, family, work and making it all count while we’re here.

Ellen Scott and Yvette Caster chat to people who have lived with mental illness, from shop workers to celebrities, to educate, empathise and challenge stigma. Ellen has OCD, depression and anxiety, Yvette has bipolar disorder and binge eating disorder. Both know what a lonely place mental illness can be. These podcasts offer hope and proof that things can improve.

Terrible, thanks for asking

You know how when someone asks “How are you?” you just say “Fine,” even if you’re totally dying inside, so everyone can go about their day?

“Terrible, Thanks For Asking” is the opposite of that. Nora McInerny asks real people to share their complicated and honest feelings about how they really are. It’s sometimes sad, sometimes funny, and often both. From American Public Media.

The Hilarious world of depression

A show about clinical depression…with laughs? Well, yeah. Depression is an incredibly common and isolating disease experienced by millions, yet often stigmatized by society. The Hilarious World of Depression is a series of frank, moving, and, yes, funny conversations with top comedians who have dealt with this disease, hosted by veteran humorist and public radio host John Moe. Join guests such as Maria Bamford, Paul F. Tompkins, Andy Richter, and Jen Kirkman to learn how they’ve dealt with depression and managed to laugh along the way. If you have not met the disease personally, it’s almost certain that someone you know has, whether it’s a friend, family member, colleague, or neighbor. Depression is a vicious cycle of solitude and stigma that leaves people miserable and sometimes dead. Frankly, we’re not going to put up with that anymore. The Hilarious World of Depression is not medical treatment and should not be seen as a substitute for therapy or medication. But it is a chance to gain some insight, have a few laughs, and realize that people with depression are not alone and that together, we can all feel a bit better. American Public Media and HealthPartners’ Make It Okay campaign are committed to breaking the stigma around mental health.

In this podcast, you will have all space to shine! This can be done through meditation, coaching and candid conversations.

Timo, Lisa and Lieke find out what dating means in 2021. They explain why dating is so complicated nowadays, you will see fun stories about their own dates. Dating dilemmas are discussed. (in Dutch)

How to live your life best? Practical information, tips etc. (in Dutch)

Mahalia helps you relax. She brings you into contact with yourself through meditation. (in Dutch)

By listening to these podcasts, you will meet a psychologist who may help you if you feel your life is not going well. Each episode a relevant psychological theme is covered and you will get tips that are applicable in everyday life. (in Dutch) 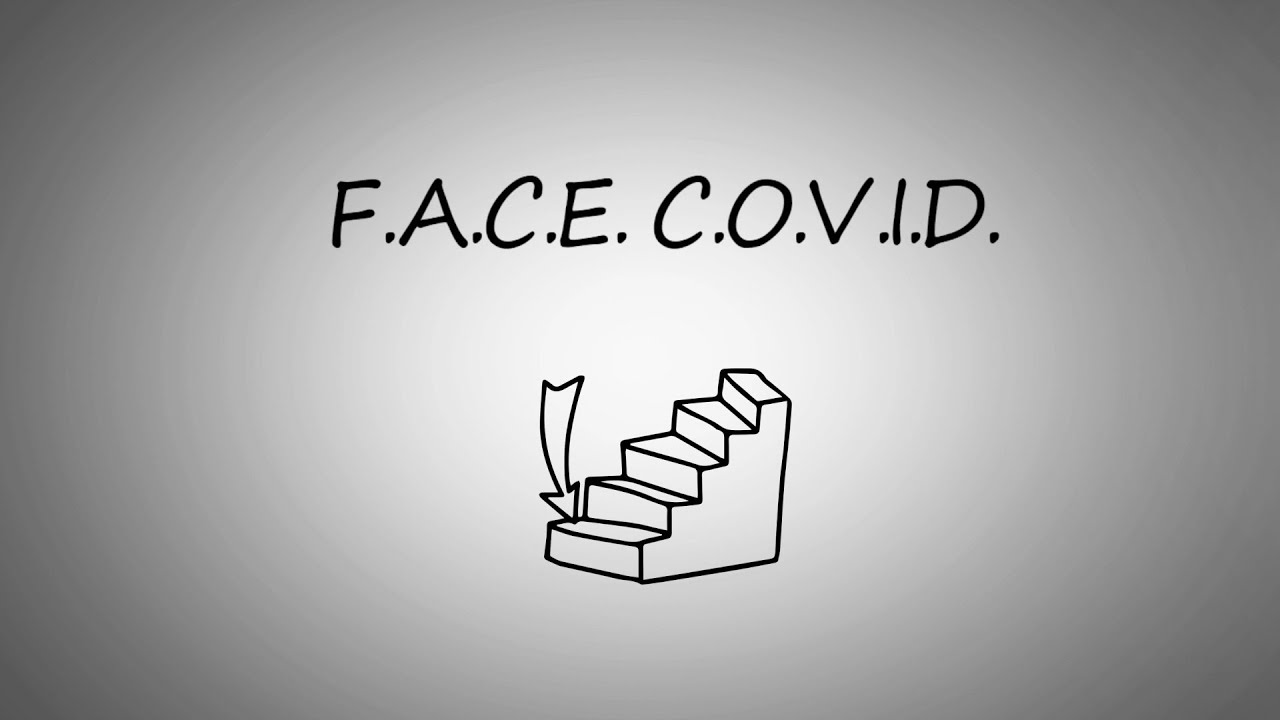 FACE COVID – How To Respond Effectively To The Corona Crisis

In this short animation video, Dr Russ Harris shows how to deal with the corona crisis and everything that comes with it, through acceptance and by showing commitment. 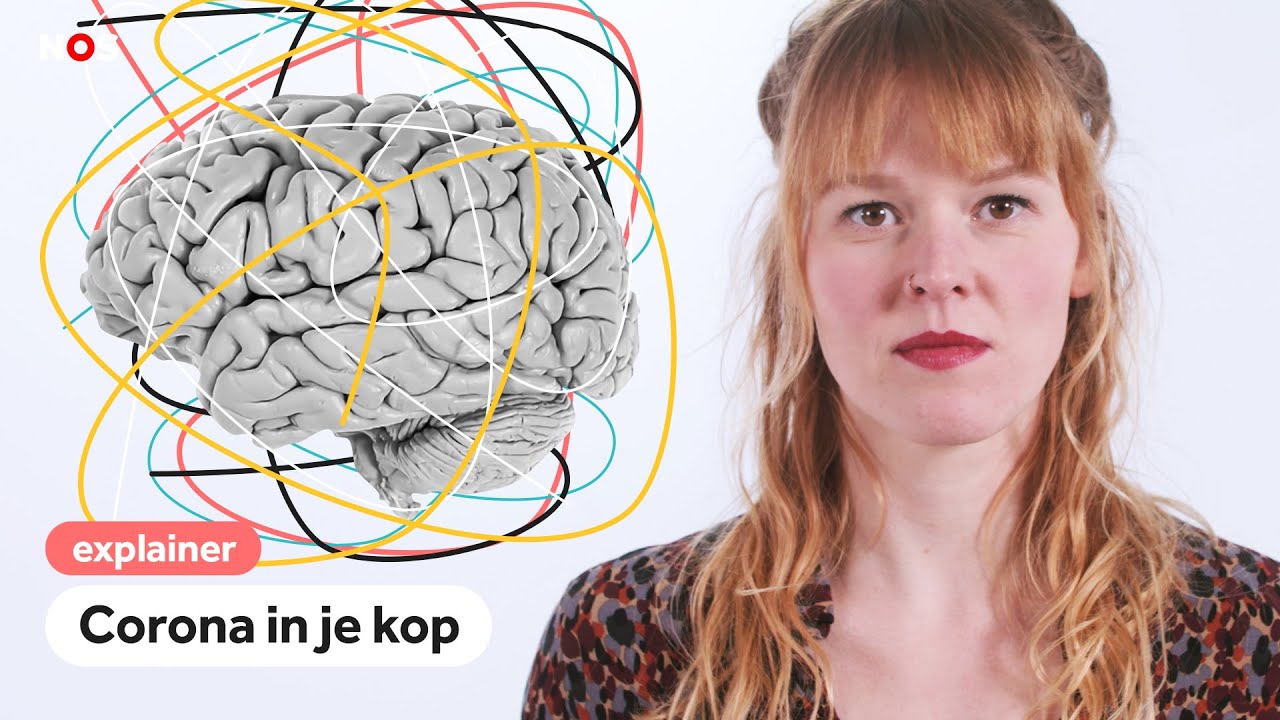 Corona in your head

In this video by NOS on NPO3, it is shown that especially young people suffer mentally from the corona crisis. The video also explains what are the causes of this and what you can do about it! In Dutch. 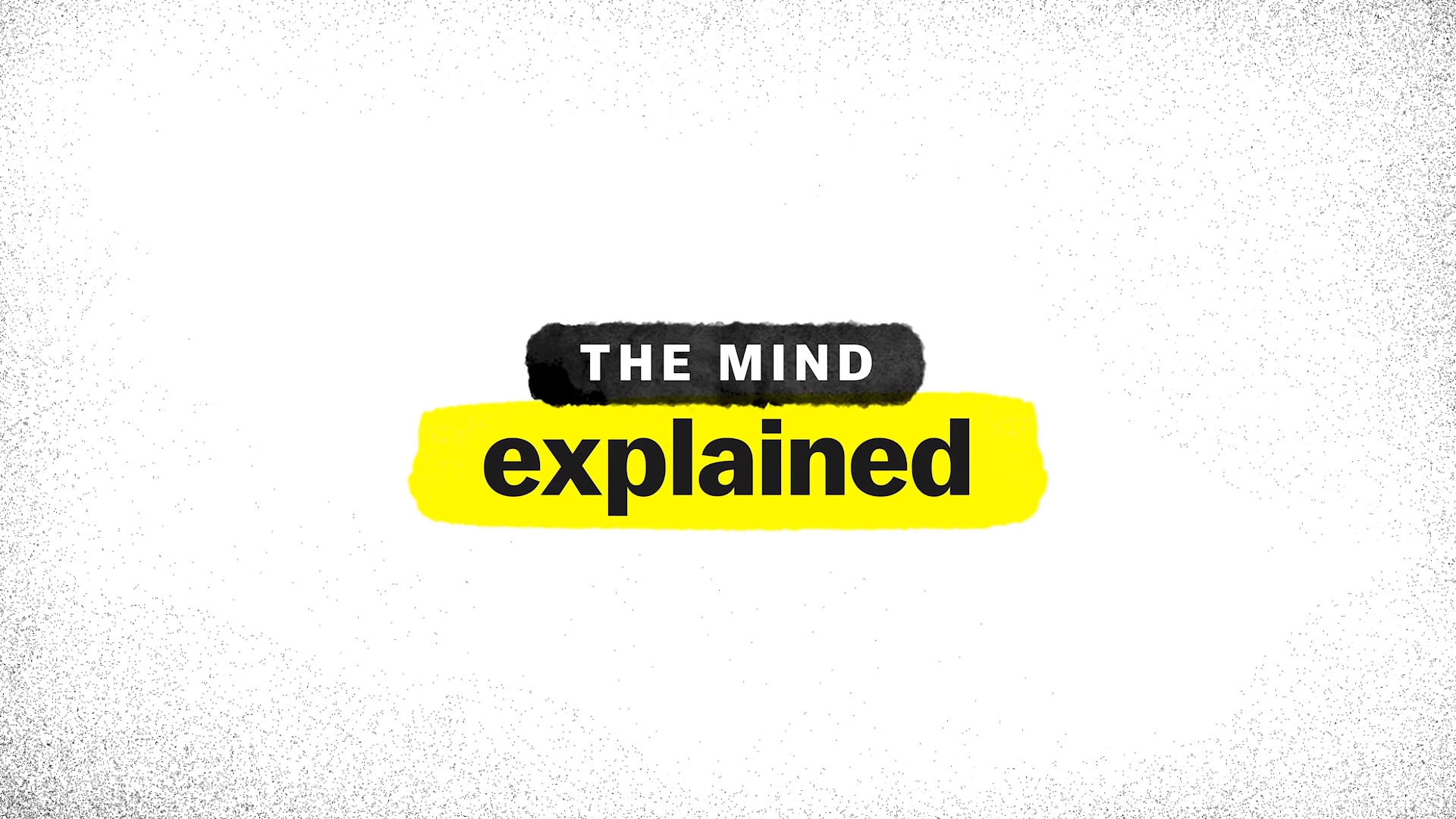 Ever wonder what’s happening inside your head? From dreaming to anxiety disorders, discover how your brain works with this illuminating series. 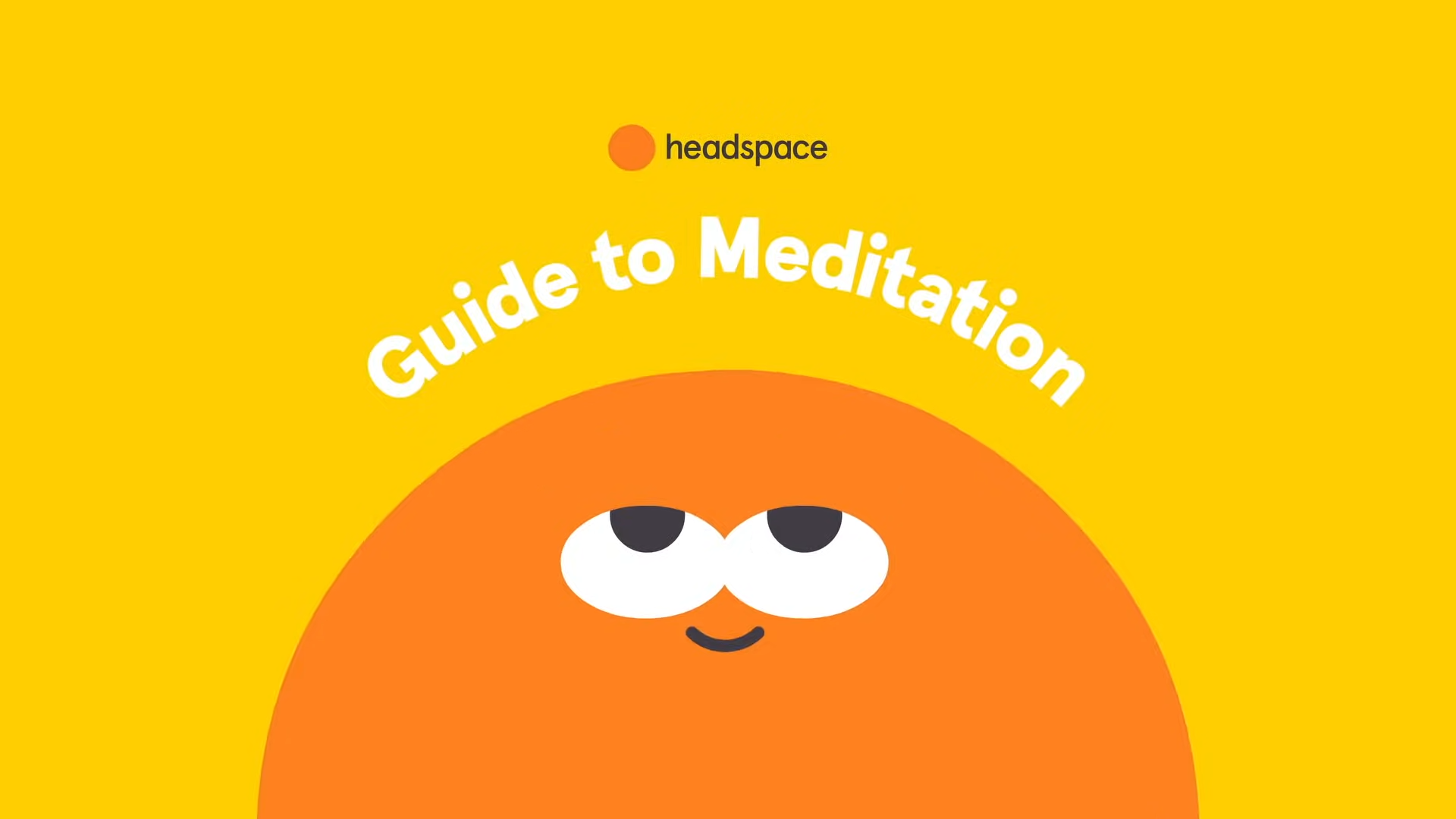 Headspace takes a friendly, animated look at the benefits of meditation while offering techniques and guided meditations to jump-start your practice 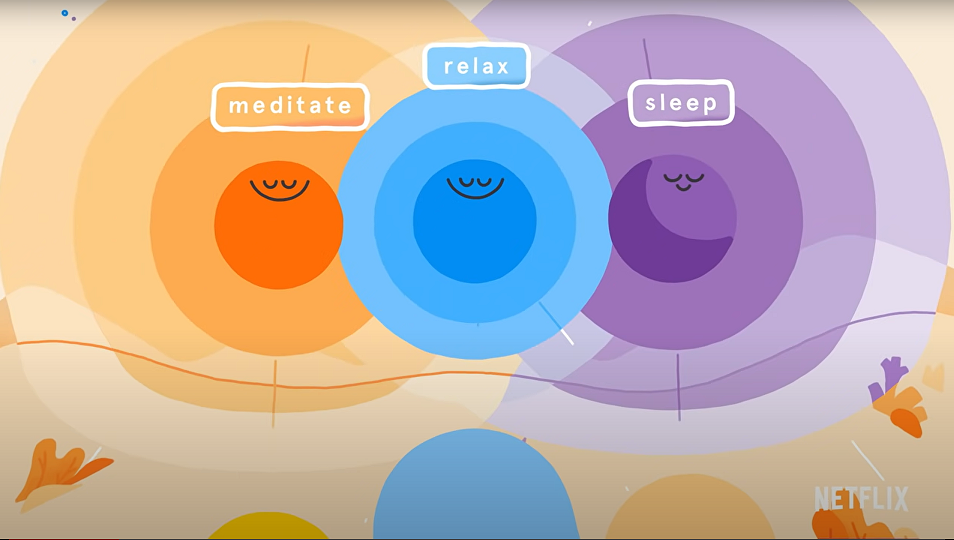 How are you feeling today? What would you like to do? Meditate, relax, or sleep? You choose. Headspace Unwind Your Mind is an interactive experience that allows you to “click” and choose your own, personalized breathing exercise. No matter what mind you have today, you can return tomorrow for an entirely different experience. 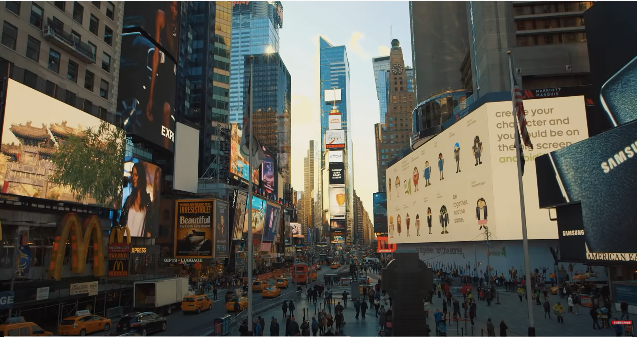 TOOLS TO SUPPORT YOU

Are you feeling down? Are you having problems at work, with your studies, or at school? Or maybe you have no idea why, but you just feel bad. Find the support you need!

Do you have a special need? What facilities, adaptations and regulations are there specifically for you?

Find all your support questions on Hoger Onderwijs Toegankelijk

+one? That is a little more attention, for yourself or for someone else. Every now and then a heartfelt ‘how are you?’ for that neighbor or person you always see on the street. Shop or drink a cup of coffee together. In our beautiful city, with people and beautiful places in abundance, we help each other.

Here you will find stories of the people from the campaign and how they have made them feel less alone. You will also find organizations where you can go with questions.

Finally, we give you tips and tricks to help yourself or someone else to get rid of the feeling of loneliness.

Are you having troubles at home? Are you worried about the future? Are you bothered by something and you just need to get it off your chest? You can discuss anything. No subject is too strange or weird and no problem is too small or too big.

The Alles Oké Hulplijn offers support for anyone aged 18-24 if things just aren’t going great. You can chat or mail, free of charge and anonymously, with a qualified volunteer, about any topic you want! Accessible through 0800-0450 and chat.

Do you need support in the area of work, studying and /or money? Check out www.breday.nl! This is an easy-reference website that helps young people to get a better understanding of a range of topics in these areas.

Health is more than just the absence of disease, it’s about feeling happy too! There’s a special tool for young people, called Positieve Gezondheid, which gives you an insight into how you are doing health-wise. This can encourage you to think about what’s important to you and what you yourself can do to feel better. Click here to take the test (in Dutch). At the end of the test you will receive several tips on how to work on your own health.